One of the nice things about having an iPhone is you can take pictures, and post them to the internet immediately.  This allowed me to post pictures of my brew day as it was happening.  It was a lot of fun and it sparked much interest in homebrewing.

The pictures went immediately to Twitter, Aleuminati, Democracy’s Drink, and More Beer.  What made Twitter special was the conversation about my brew day was a two-way conversation.  People could see what I was doing at each point, and they could ask questions I moved from brewing step to step.

Since it was so successful, I’ll post much more on my next brew day.  For now, here are the pictures from the brewday. 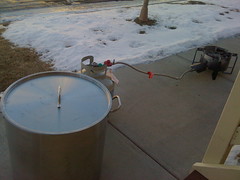 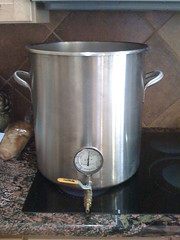 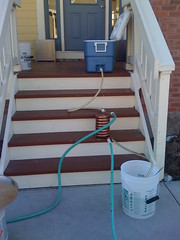 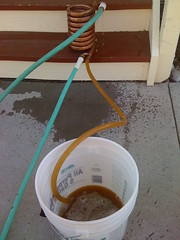 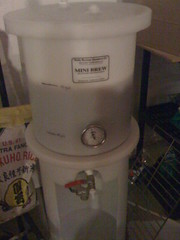