We’ve all read the health benefits from drinking red wine.  One joke that commonly gets tossed around for any ailment is, “You have x?  Red wine cures that!”  Distinguishing between myth and science can be very difficult.  Everyone has heard that red wine might let you live longer, but did you hear the dosage required?  Studies show alcohol is great for the heart, but not so good for the colon.  And do sulfites really give you a headache, or did you drink too much the night before?  Hopefully this article will help you clear up the myths from the facts.

Everyone knows that red wine causes headaches.  It’s because of the higher amounts of sulfites in red wine… or is it?

Many sweet white wines contain more sulfites than red wines, but do not cause headaches.  Dried fruits contain sulfites, but no one has claimed “dried fruit headaches”.  The science shows that sulfites can cause allergic reactions, but only asthmatics get headaches from sulfites.  If it isn’t the sulfite, then why are so many people getting headaches? Red wine contains sulfites, but sulfites do not give you headaches

One hypothesis is histamines.  Histamines are up to 200% higher in red wines than white wines.  People who are allergic to the histamines, are also deficient in certain enzymes.  Some scientists believe that the combination of the allergy and the enzyme deficiency cause the headaches.  However, in a very small study (16 people), conducted by the Journal of Allergy and Clinical Immunology (Feb 2001), they reported no correlation between high or low histamine wines and headaches.

There is no known answer why red wine causes headaches.  More research is required, but since sulfites are not known to cause headaches unless you are asthmatic, sulfites are not the culprit.  It is known that too much wine the night before will likely give you a headache the next day, but that problem is a hangover with a very simple solution.  Don’t drink so much next time!  A simple, but potentially painful, experiment for the other red wine headaches that you can perform is to keep a notebook of all the wines that you try.  Note which ones give you headaches, and avoid those.

Maybe you have heard about the French Paradox?  Many reports noticed that just 83 out of 100,000 Frenchmen die from heart disease compared with 230 in the US despite a significantly higher amount of fat in their diet.  Why is that?  Well the source is thought to be the red wine.  Frenchmen consume far more red wine than American men.  Many thought that it was related to the anti-oxidants found in red wine.  The studies seemed to single out a flavonoid called resveratrol (trans-3,5,4′-trihydroxystilbene) as the most likely substance for the health benefits.

The whole world was buzzing in 2006 when Nature released an article (Resveratrol improves health and survival of mice on a high-calorie diet. Nature. 2006 Nov 16;444(7117):337-42.) that demonstrated a clear relationship between resveratrol and health benefits.  The study showed that mice given high amounts of resveratrol lived long lives despite high calorie diets.  Everyone in the world read the study as “drinking red wine equals immortality”.

Unfortunately the mice were not drinking red wine in their water bottle.  Rafael de Cabo of the National Institute on Aging states: “We have not given the mice red wine—we gave them a purified compound. We’re trying to address resveratrol itself. We don’t know what will happen if the compound is mixed in an alcoholic beverage, which has many other compounds.”  The mice were given very concentrated amounts of resveratrol, 24 milligrams per kilogram of body weight.  To match this amount in wine, a person would need to drink 750 to 1,500 bottles of red wine a day.  Drinking large amounts of alcohol is always bad for your body, but 10 bottles a day would destroy you quicker than Nicolas Cage in Leaving Las Vegas

.  There is no chance a person could drink that much wine.

Many supplement makers are selling resveratrol in a pill form.  They claim it contains the same amount found in 5-10 glasses of red wine, however these supplements are not regulated by the Food and Drug Administration.  These have been on the market long before the landmark study came out.  The problem with the supplement is 95% of the resveratrol is destroyed by our digestive system before it enters circulation.  Even if it could make it to the bloodstream, 5-10 glasses is far short of the 750 bottles required.

There is hope though.  There are no studies that can prove a cause-and-effect relationship between alcohol and longevity.  Such a study may not be possible.  However, there might be some benefit to long term moderate consumption.  There are no published studies showing the benefits, but we “still have Paris”.  The French Paradox does still stand, even as anecdotal evidence.

Are there any other benefits to drinking?  Researchers Klatsky and Friedman conducted a study in Northern California that followed 128,934 adults from 1978-1990 and found that people who had one or two alcoholic drinks per day had a 32% lower risk of dying from Coronary Heart Disease (CHD) than nondrinkers.  The reason is that one drink a day for women, or two drinks for men raise the levels of good (HDL) cholesterol. 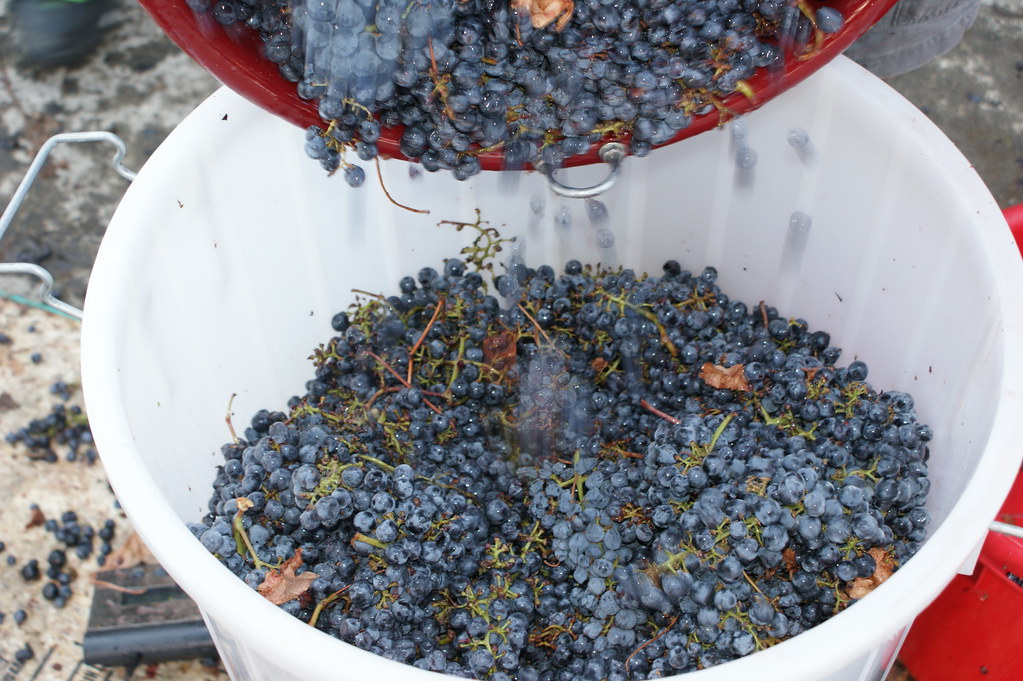 Red grapes contain resveratrol, but will it help you live longer?

Red wine can even be good for the brain.  A study of 1,709 older people in Copenhagen found that “occasional” red wine drinkers were 50 per cent less likely to develop dementia, including Alzheimer’s.  “It could mean that substances in wine reduce the occurrence of dementia,” concluded Dr Thomas Truelsen in The Quarterly Review of Alcohol Research.

Again it sounds like red wine is the cure for everything!  Everyone should start drinking large amounts of red wine.  The reality is that these numbers are based on the one or two drink rule.  One serving of wine is defined as 5 ounces.  Any more than the two drink limit, and your health benefits from the alcohol diminish.

Excessive alcohol consumption has many downsides beyond the next day hangover.  Larger amounts of alcohol are shown to cause raised blood pressure, potential damage to the heart, liver, kidneys and brain. Overconsumption of alcohol can also cause impotence and infertility.  Large amounts of alcohol will also cause you to gain weight from the higher caloric intake (although some studies have shown small amounts may actually have the reverse effect).  A common myth about wine is that it will not give you a “beer gut”.  One glass of wine has about 130 calories.  One 12 ounce beer has about 150 calories.  Sweeter wines or higher alcoholic beverages contain even more calories.  Ounce to ounce, wine has far more calories than beer.  Larger amounts of wine mean more calories, and a “wine gut”.  Like resveratrol, check the dosage before you assume the health benefits.

And now for some really bad news.  Despite all the ‘possible’ health benefits from alcohol, scientists demonstrated a model for how alcohol stimulates tumor growth in the January 15, 2005 issue of Cancer.  The American Institute for Cancer Research, Food, Nutrition and the Prevention of Cancer: a Global Perspective demonstrated links between alcohol consumption and an increased risk of cancer in the mouth, pharynx, larynx, and esophagus.  If you smoke, the risks are even higher.  The International Journal of Cancer linked alcohol consumption to an increased risk of colon cancer.  The study even suggested that one drink a day could put you at risk.

So does red wine make you live longer?

When you hear a study claiming immortality, check the fine print and look at it with a skeptical eye.  So do you stop drinking?  Well you should always moderate your alcohol consumption, but the jury is still out.  Happier people tend to live longer, and what makes you happier than a very good glass of wine?  Raise a glass, toast “to our health”, and hope for the best.  After all, isn’t healthy just a slower way of dying?